Creating polygons in FME can be done by using polylines or line objects, and the AreaBuilder function. Since the cycle route network is a set of topologically connected line objects, the AreaBuilder can create polygon features from lines that are connected by vertices/endpoints and form shapes (i.e. a closed polygon). However, areas can also be created from disconnected line features using the LineCloser.

We will work on the Shapefile with bicycle routes from Wroclaw, which can be downloaded from here. 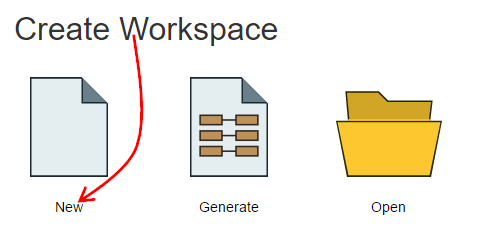 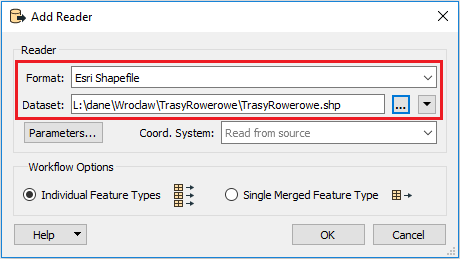 Add an AreaBuilder function to the script and open its parameters.
Deselect the Create Donuts box to avoid creating polygons with holes.
Attributes Accumulation is set to Use Attributes From One Feature by default, so polygon feature will get attributes from only one polyline creating it. Bicycle routes have three attributes – length, direction and path type. The length will have to be counted again, but the direction and type will not be needed. Let’s set Drop Incoming Attributes as we don’t want to keep the attributes.
Instead, select Generate List and set its name to “dlugosc” (length). Select Add only selected attributes to the list, and select only the SHAPE_LEN attribute. This will cause each created feature to have a list keeping the lengths of the lines that the polygon consists of. It will be used to count the perimeter of each created polygon. 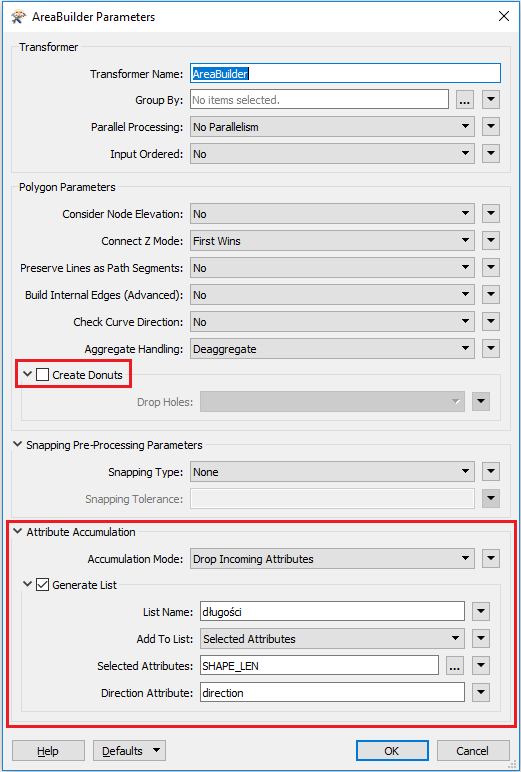 Creating an identifier for polygons
Add a Counter after  AreaBuilder and open its parameters.
Change the name of the created attribute to PolygonID. This will be a unique, autonumeric identifier for previously created polygons. The rest of the parameters leave as default. 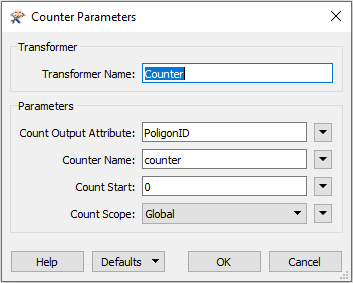 Count the polygon perimeter
After Counter add the ListSummer and open its settings. As the source list select the dlugosc{}. SHAPE_LEN and call the summed attribute “circuit”.
Counter sums up the elements of the list (lengths of the lines) for each polygon, which will result in an attribute that will hold perimeter for each polygon. 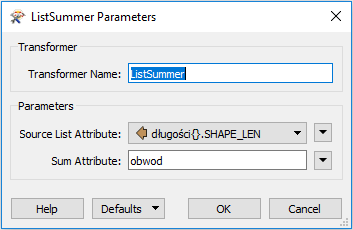 Keep some attributes
Add AttributeKeeper and open its settings. Select “obwod” (perimeter) and PoligonID attributes to keep them.

After running the script, the results can be viewed by clicking on the saving adapter and the icon with the loupe. As you can see, we were able to create polygons and count the perimeter for each of them. Such polygons can be used in further work to analyze the availability of paths, for example through buffer analysis. 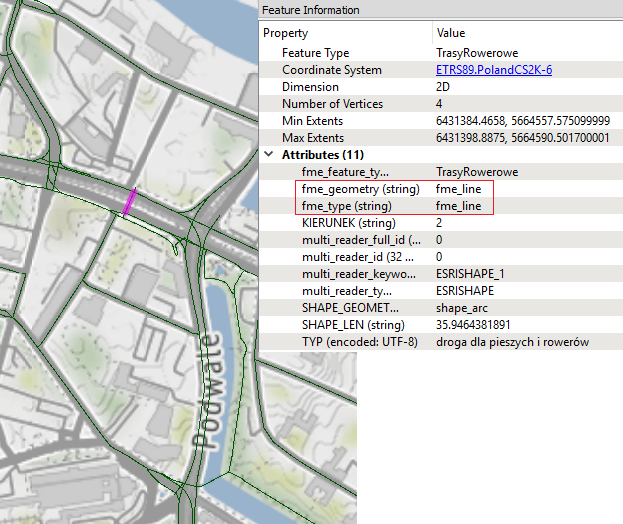 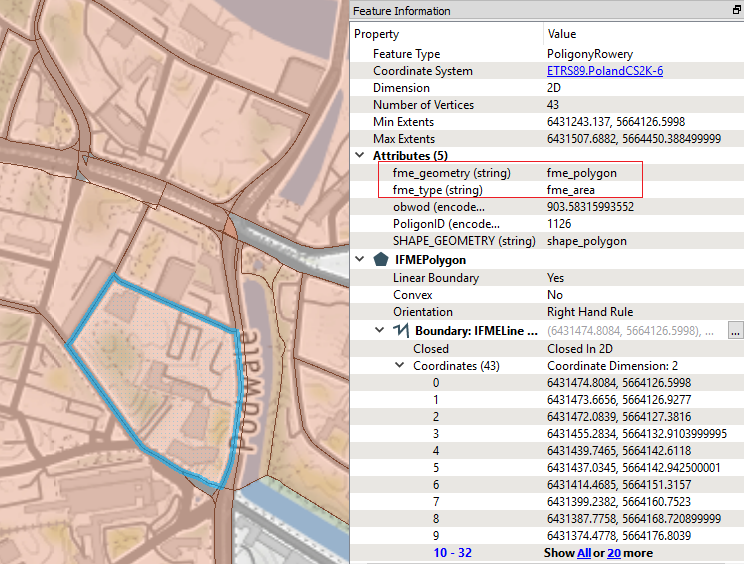 If you have more questions about transforming and integrating data or FME in general, reach out to us.