How prosumers can optimize their energy use and production?

Prosumers of renewable energy are local energy producers or industrial operators that generate a portion or all of their on-site power needs with renewable energy technologies and sell the excess to the national/local grid or local community. This includes renewable energy sources for heating and cooling needs, as well as for electricity generation. Accelerating  renewable energy deployment is a fact. Prosumer trends open clear win-wins by delivering on several  related development priorities and financial returns simultaneously.

mGrid users can visualize current demand, production and consumption of the energy from the network. This allows to determine status of individual devices and their impact on current balance of consumption and production of energy. Measurements taken in the electric grid are presented by separate energy sources and metered receivers.

Installation of measurement and control units in the electric grid allows to collect data showing current statuses of receivers and renewable energy sources. These modules also allow to control groups of receivers or separated main receivers. The application can also work according to a schedule composed by the system. This allows steering automation and precise execution of an optimal consumption & production plan. 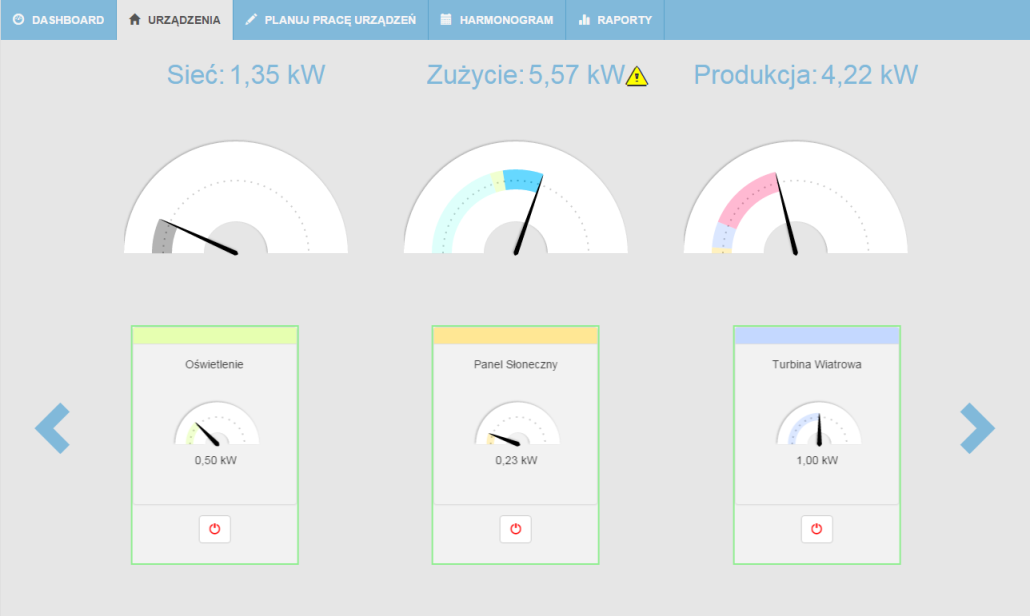 Apart from the current situation view, the system also presents graphs of past and future energy demand and RES charts. Past status visualization is based on collected data. Future values are determined by the artificial intelligence algorithms which use historical data and weather forecasts. The future production and demand view allows to plan works which could affect consumption of generated energy. In this view the system presents a list of suggestions and thus streamlines scheduling of such plans.

Renewable sources can be exploited fully through optimal steering and control of receivers which consume the energy. mGrid system supports such processes by laying out optimal work schedules which streamline consumption of generated energy and reduce costs of purchasing power from the network.

Conducting analyses with reports, production & energy consumption charts, costs of purchases and profits from the production of electricity from RES

The system has a report module which conducts energy and economic analysis. Characteristics of the consumption and production of electricity are presented in table or chart form. As a part of economic analysis, it is also possible to diagram costs and revenue. This module also allows to determine renewable energy consumption and return on investment in RES. 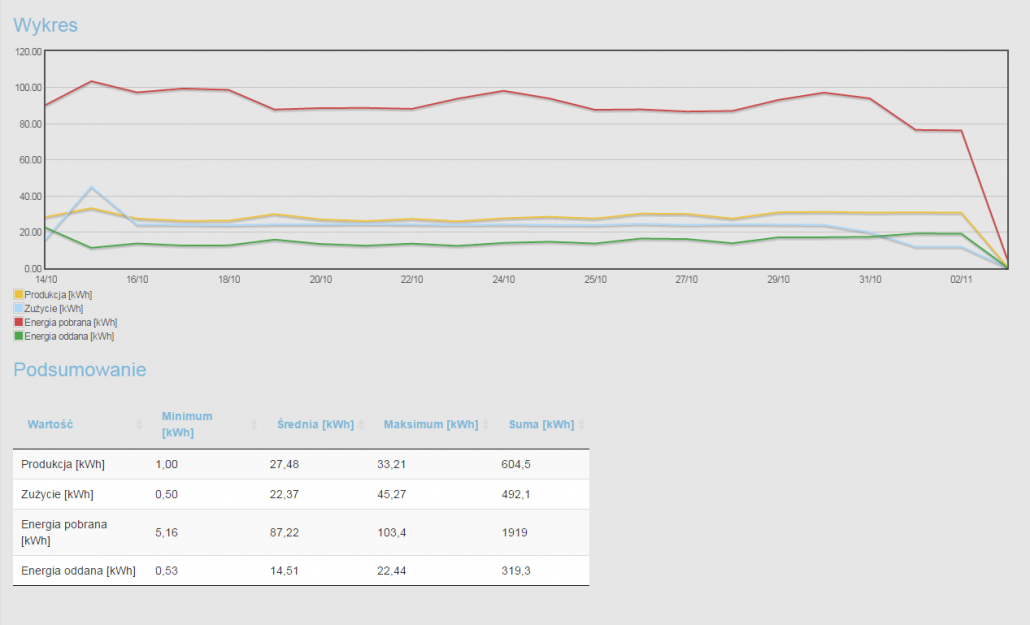 IT solutions for the energy industry Smart Grid software