In January Google deprecated Google Maps Engine – cloud tool for storing geographic data and to layer that data on top of the Google Maps. Since some of Globema Google Maps based application were built on Maps Engine, we decided to create platform with similar functionalities.

Globema GeoPlatform is based on its own spatial data repository which is using PostGIS database and GeoServer technology. The tool consists of the following modules:

New version of Globema application GeoGrid is the first product built on GeoPlatform. GeoGrid allows to visualize GIS data directly on Google Maps and Google Street View. The solution supports companies managing technical infrastructure in the field (like energy & utility DSOs and telecommunication operators). GeoGrid gives quick and easy access to infrastructure data in the field on any mobile device (all types of tablets and smartphones are supported). 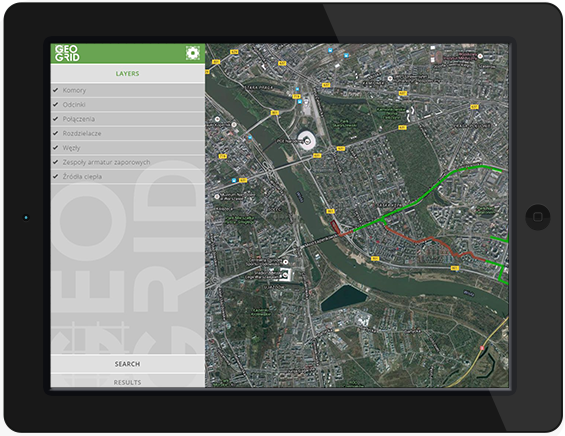 The tool was implemented in several district heating companies in which the application was loaded with GIS data from Globema Smallworld based system DH.GIS.

Register for a live demo