Another company (F4F Poland) decided to use our Google Maps based application GeoTraxx. F4F Poland delivers and installs commercial refrigerators throughout Poland for largest food industry brands. Currently, thanks to GeoTraxx deployment route optimization and transport scheduling takes only a few minutes whereas before it used to consume many days.

Every year F4F delivers and installs thousands of commercial refrigerators across Poland. This task requires comprehensive planning and scheduling (the traveling salesman problem…). Many factors must be taken into account, like vehicle capacity or time needed to unload the car and install the fridge.

Before GeoTraxx planning and scheduling was time-consuming and complicated. Usually, things got even worse as new destination points had to be added on the fly to plan developed for a few days ahead. Ultimately, F4F decided to streamline routing and scheduling using IT tools. Here the spotlight went on GeoTraxx application. 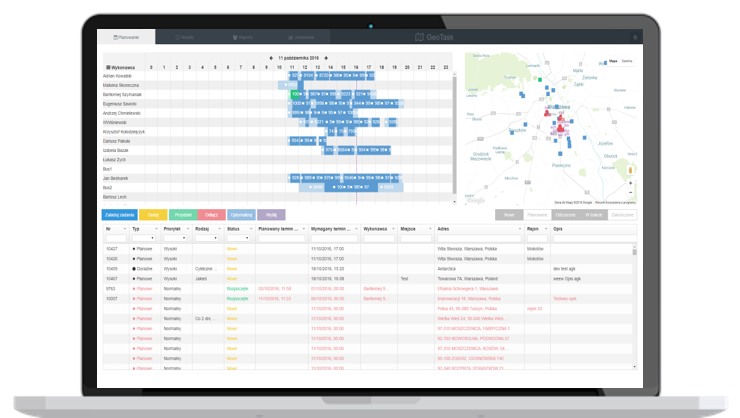 Currently, there is no need to spend long hours on transport scheduling and routing. GeoTraxx does all the magic – dispatcher just marks destination points on the map and the application determines optimal route. Everything is ready in only a few minutes whereas before the implementation transport scheduling was taking many days.

F4F operates not only in Poland but also in Far East countries (especially in China) and offers manufacturing outsourcing services. The company owns offices, warehouses and other infrastructure in China.

WASTING TIME ON ROUTE OPTIMIZATION AND TRANSPORT SCHEDULING? WHAT SUPER POWERS DO YOU USE TO ANALYZE LOADS OF GEOSPATIAL DATA? GLOBEMA AMONG THE HIGHLY REGARDED GOOGLE PARTNERS