FME 2016 (one of the most powerful spatial ETL toolsets) arrived. Along with the usual improvements to formats, transformers, performance, and security (plus a more streamlined experience all around) Safe Software incorporated many enhancements suggested by FME users. See what’s new in the FME software.

The cloud is one of the most important technologies businesses adopted over the last few years. The number of web services and cloud platforms is growing as companies move to a cloud-first business model. FME continues to embrace new cloud platforms as they happen, and so FME 2016 gained support for AWS Aurora and SAP HANA (non-spatial), as well as two new transformers for sending and receiving Amazon Kinesis streams. Additionally, support for ArcGIS Online was improved.

Moreover support for more protocols to FME Server was added:

Connect Data in hundreds of systems

FME has always been about connecting data systems. GIS and CAD continue to be the most popular ones translated by FME users, although data types are becoming more varied as new technologies emerge.

In FME 2016 support for multiple formats was added, including Portal for ArcGIS, GTFS, IndoorGML, Denodo, Autodesk ReCap, Adobe PRC, and more. Many existing ones were also improved (e.g. Esri Shapefile), and FME users gained more control over how and when data is written (e.g. FeatureWriter, easier dataset fanout).

The FeatureWriter enables output data at any point during a workflow. This means it is possible to carry on with more transformers after writing data.

XML, SQL and your databases

Data types that were designed to handle massive amounts of information can be hard to understand. In FME 2016 many XML and database parameters are presented in a tree view for easier navigation through schema and elements.

Likewise, the improved SQL interface will help generate queries and test them inline before running the workspace. 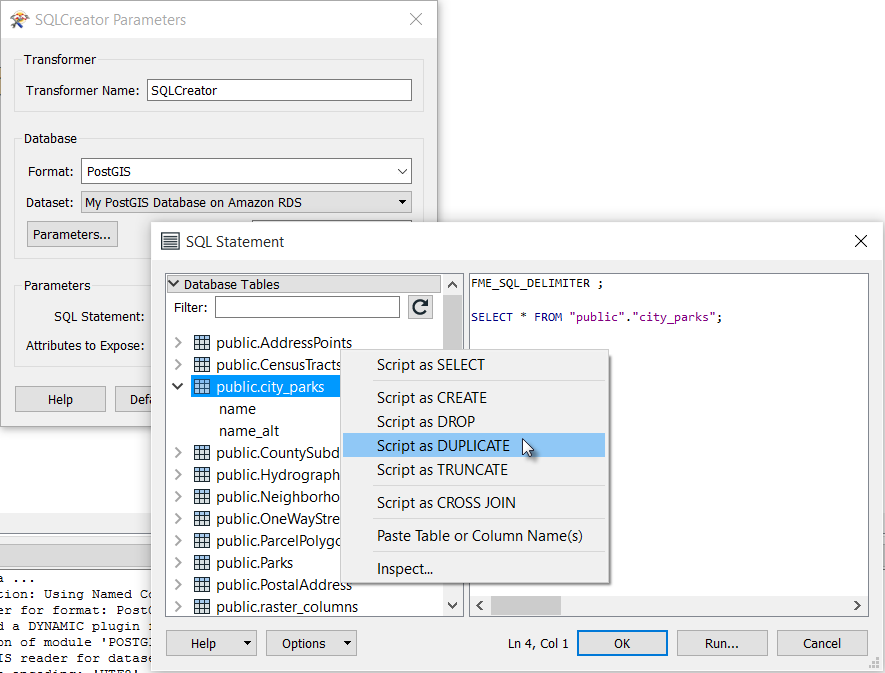 Generate SQL queries and test them inline in the SQLCreator and SQLExecutor transformers.

FME was created to make life easier through workflow automation. In FME 2016 a few enhancements were made to simplify the process. Among others:

Validating a dataset’s geometry, schema, and attributes is an important part of many FME workspaces. In FME 2016 some focus on quality control was put — GeometryValidator was updated, and new functionality for validating attributes were added. 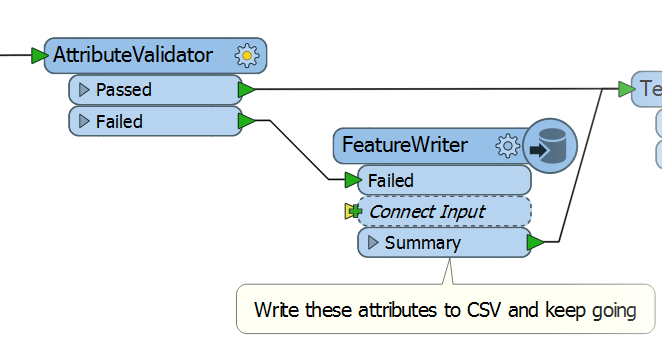 The AttributeValidator does all your attribute validation in one step. This workspace also makes use of the new FeatureWriter.

Also a flag was added to tell what’s wrong. Bad data gets automatically passed through the <Rejected> port of many transformers, and the fme_rejection_code attribute will indicate why.

Within an FME Server instance, file cleanup tasks can now be configured through the Web UI. This is intended to help with troubleshooting by correcting a full disk before it happens.

Also FME Workspace (.fmw) Reader was added to analyze a workspace within a workspace. For example, it can be used to generate usage statistics on the more common readers, writers, and transformers used in all the workspaces in your organization.

FME: What is it and how to use it?